Finding fresh and exciting ideas to bring into the kitchen is a great way to keep paleo cooking effortless. Cruising through the many paleo blogs out there and pinning away at countless recipes for inspiration is fun, but there’s nothing quite like holding a well thought-out and carefully curated cookbook in your hands.

We’ve done a little research and found five cookbooks that all take a look at different aspects or techniques of paleo cooking that we think you’ll get the most from.

If you’ve never checked out the food blog Nom Nom Paleo, now is the time to do so. Michelle Tam embraced the paleo lifestyle a few years back and has felt amazing ever since, so much so that she kicked off her blog 2010 to share her success, paleo tips and killer recipes.

The Nom Nom Paleo cookbook is funny, easy to read and full to the bursting with beautifully photographed recipes and very sweet illustrations. It’s almost like a bible of all things paleo, definitely worth a look!

The caveman diet does tend to call for a lot of meat, doesn’t it? And when buying good quality meat can take a big old chunk out of the weekly food budget, you quickly find yourself having to scrimp in other areas of life. Enter: Ciarra Hannah. She’s developed recipes to make the paleo lifestyle more accessible and affordable for everybody and put them all in her fabulous book, The Frugal Paleo Cookbook. We think this one is a likely contender for the end of the month cooking in every paleo household.

My Paleo Patisserie by Jenni Hulet

If you were a keen baker before converting to the grain free way of life, you might be struggling with cakey withdrawal symptoms. Jenni Hulet to the rescue!

This wonderfully creative book covers everything from cakes to tarts to cookies, all of it compatible with the caveman diet – you’ll be drooling after the first few pages. You can find My Paleo Patisserie on Amazon.

Is there any worse chore than washing up? Expect less of it if you’ve got One-Pot Paleo to hand in the kitchen. Recipes like Szechuan Pork and Crab Stuffed Salmon are easy to cook and quick to make, time to dust off your biggest cooking pot. 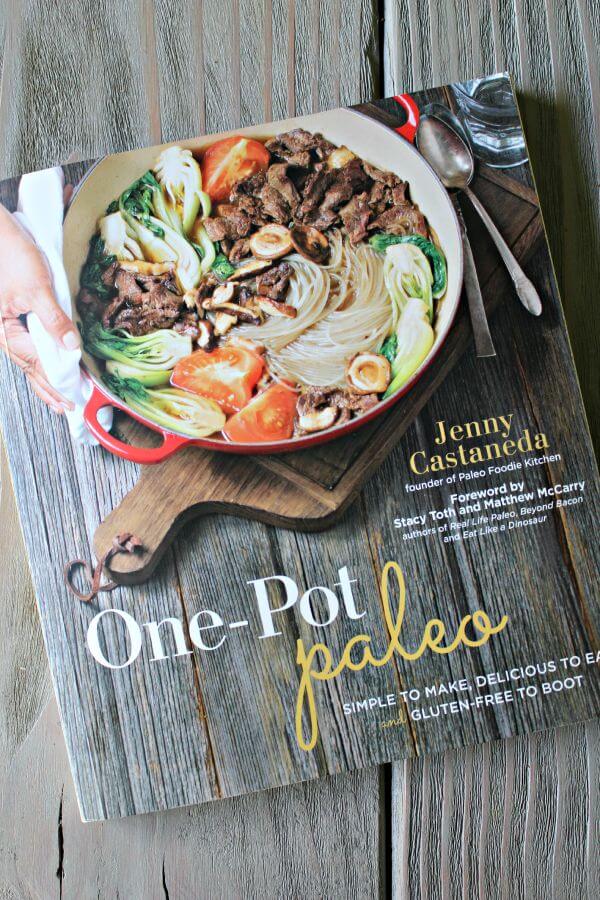 Beyond Bacon by Matthew McCarry

Bacon is a big deal to most paleo eaters. We’ll munch it as a snack, scatter it on a salad and devour it rasher by rasher for breakfast. This book, however, wants us to think beyond the bacon and consider the rest of the pig – hence its title.

These recipes are creative, inspiring and sustainable. You’ll learn more than you thought there was to know about the humble pig and get to stuffing your own sausages in no time.